Five fifteen, the alarm clock screams insistently, and then, after what seems like an interval of two seconds, five thirty.

Shit! Really? Alan will kill her if she’s late into work again. Leanne stumbles blearily out of her bed and into the hall, her hands reaching out for the bathroom door. These 7 a.m. shifts will be the death of her yet… 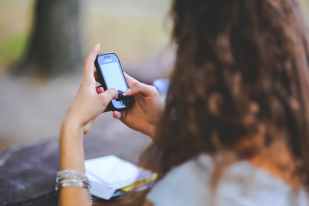 Her phone stops her in her tracks, vibrating insistently against her bedside table. Oh, for God’s sake. Who is ringing her at this hour? She trudges resentfully towards it.

Oh no … Tyra’s name is on the screen. Play it cool, Leanne. Play it cool… She clears her throat, takes a deep breath, and picks up her phone.

‘What about it?’ Leanne says breezily, though her heart begins to pound. She didn’t say something she shouldn’t have, did she? Does Tyra know about the … no, she couldn’t. No matter how drunk she was, she would never have said that.

‘Have you seen Colin? Or heard from him?’

‘There was … um … there was an argument. I can’t get into it right now, but … basically, there was an argument between Colin and his dad after he got home, things got blown way out of proportion … and now nobody knows where Colin is. And the helicopter is gone. I wouldn’t call you right now if it wasn’t urgent, Lee. His parents are so worried. And so am I. I can’t believe he would go off like that without telling me, I can’t believe –’

‘Oh God, Tyra. Look, I’m sure it’s nothing. Maybe he just needed to clear his head. Going out on the helicopter soothes him, sometimes. He –’

‘I know something happened between you. No – stop. don’t interrupt me. I don’t want to discuss it, I don’t have time to be mad at you right now. All I want to know is: have you heard from him since last night?’

‘He never goes out on the helicopter for this long. And there was a storm last night. I’m so afraid he got caught up in it, I can hardly breathe –’ Tyra’s voice breaks.

‘Just let me know if you hear from him, Leanne.’

‘What sort of time do you call this?’ Alan Corcoran – CEO of the fledgling childrens’ charity Helpful Minds, Helpful Hearts – asks irritably as Leanne sheepishly trudges into the office.

That’s a lie. After the phone call, she had spent ages staring blankly at the phone, followed by repeated attempts to call Colin. A frantic text to Tyra – Ty, please believe me: I am so, so sorry. I’ll explain everything as soon as you’re ready to talk to me. I hope with all my heart that Colin is found safe – has remained unanswered.

He’ll be fine. He’ll be fine. So will Tyra. She has to keep telling herself that. The alternative is too terrible to contemplate.

‘Well, get your ass over to your desk,’ Alan harrumphs. ‘We’re not running a charity for hopeless cases who can’t get their shit together.’ Then he smiles and she sees it: the glint of mischief that always comes into his eyes when he is about to make a particularly cringe-worthy joke. ‘Though we are running a charity, full stop. Hahahaha…’

Leanne groans. ‘You and your fucking jokes, Alan.’

‘You and your fucking tardiness,’ he fires back at her. ‘Set a goddamn alarm in future!’

‘Yeah yeah,’ she replies dully, taking a seat at her desk. She doesn’t want to say anything about Tyra’s phone call, or about Colin. She will sit here, she will get through her emails as planned this morning, and she will not think about it. Maybe then the whole nightmare will seem less real to her.