Every now and then, a musician comes along whose creations cut to the very core of my soul: a musician who makes me dream, wonder, think and feel. Tori Amos is definitely on that list.

Anyone who is familiar with Amos knows that her back catalogue includes a vast amount of high-quality material – her iconic 1996 Boys for Pele album comes to mind at once – but if I were pressed to name the works I love the most, I would choose The Beekeeper (2005) as my favourite album, while my favourite song would have to be Shattering Sea from Night of Hunters (2011).

Every ardent Amos fan also knows of her tireless advocacy for the Rape, Abuse & Incest National Network (RAINN). She has fought for women’s right to self-determination and autonomy throughout her career, which is one of the main reasons I admire her so much. 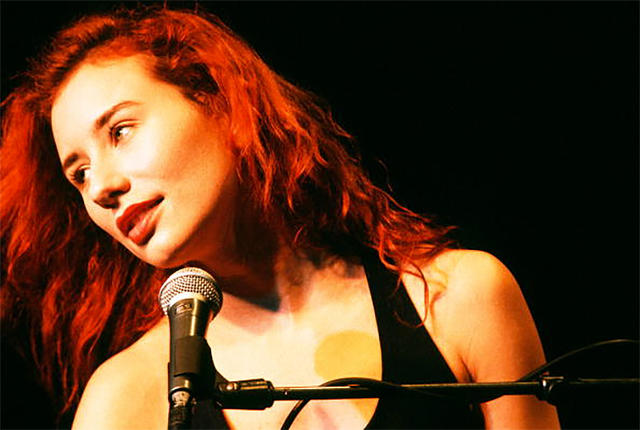 Her music has had a profound impact on my life.

Mentally searching through Amos’ back catalogue for a single track that stood out to me the most was no easy task, but as I have mentioned, Shattering Sea is my favourite. Its mood is ominous. Its stirring notes and frenetic pace evoke the sounds of an oncoming storm. Listening to this song makes me feel as though every nerve in my body is being stretched out so tightly, I can barely endure it, and yet – just like the passing of a storm – when it ends, my mind feels as though it has been washed clean: calmed, stilled, relieved of anxiety.

The tumultuous, seething notes of Shattering Sea are often far more effective at soothing my anger than any nice, calming melody that you might think would be more helpful. The song’s effect reminds me of the homeopathic principle of fighting like with like. For those who want to listen to a quick sample of this song (or the whole thing, if you happen to be a SoundCloud subscriber), I have embedded the track from Amos’ SoundCloud page below. You can also listen to it on YouTube here.

The entire Night of Hunters album can be heard here.

My favourite Tori Amos album, The Beekeeper, is mellow and folksy in tone – I love Ribbons Undone, which she wrote as a sweet tribute to her daughter – but there are several tracks in it that pack a powerful punch. Two songs from this album (The Power of Orange Knickers, featuring Damien Rice, and the short yet lyrically intense Original Sinsuality) delve into a theme that often surfaces in Amos’ work: women’s right to assert and reclaim their sexual agency, autonomy and pleasure, in a world that deems them guilty of “sin” if they choose to do so.

In a deeply moving interview that was published in Ireland’s Sunday Independent in 2010, Amos spoke about how her sense of self-love had been shattered by a sexual assault in her youth, and how religious guilt had made the experience even more difficult than it could otherwise have been.

I’ve been told love and lust cannot be part of the same equation; that being fucked against a wall is not love. Who thought up that idea? It has kept people from giving to each other completely, and under control for centuries. And thoughts like these had me in a rage for years . . . I didn’t confront my religious past until I was 24 and I’d become so ill from sexual guilt I sought help.

People must be told about the self-loathing that follows rape and how it is the greatest breakage in divine law to mutilate themselves. Emotionally, I mutilated myself by feeling I’m not worthy of being loved and fucked at the same time. I already had the hatred women feel for themselves in the Christian church in terms of that tyranny of believing love is one thing and lust another – that was where I began to be segregated within myself – but the rape compounded that feeling a thousandfold.

I also want to highlight Toast: a heart-wrenching song about having to say goodbye to a loved one. I describe it as “heart-wrenching”, but just like Shattering Sea, it has a calming, restorative effect on me that brings to mind that homeopathic idea of fighting like with like. Any time I’m missing someone who has left this world – or who has left my own world for one reason or another – I listen to Toast. When Amos gently sings about the saying farewell a person who taught her how to “climb over mountains and to pull myself out of a landslide”, I am filled with a sense of both grief and gratitude. It comforts me to know that Amos has known what it is to grieve in this way too, and that she found a way to express her emotions so beautifully through the creation of Toast.

Here is a live performance of Toast that I find particularly beautiful.

The Beekeeper can be listened to in full here.

I also have to share Amos’ amazing live rendition of Smells like Teen Spirit below, which dates from the year 1992. Smells Like Teen Spirit is a difficult song to cover – as it belongs totally to Nirvana – but Tori somehow managed to produce a version of the classic song that carried her own unique twist.

Amos was born in North Carolina, with Eastern Cherokee ancestry on her mother’s side and Scottish-Irish ancestry on her father’s side. Being Irish myself, I love the fact that Amos recorded Boys for Pele in a small church in Co. Wicklow, and has woven inspiration from Celtic themes into songs such as Selkie – which appeared in her 2014 album Unrepentant Geraldines – and Ireland, which appeared in The Beekeeper. She has owned a home in Kinsale, Co. Cork, since the 1990s.

In an interview with the Irish Indepedent a few years back, Amos said, “I first came to Ireland to record my album Boys for Pele. The original plan was to make it in America. We wanted to do it in an old southern type house, but the realtors knew who I was and when we tried to rent a house, everybody was out to fleece me. I was following a religious energy and my father’s family are Scottish-Irish. I felt I needed to trace it back. I went to the old world.”

Her most recent album Native Invader (2017) was inspired by her maternal Cherokee background – specifically, by the lessons her grandfather instilled in her during her childhood. The album was derived from a road trip she took across North Carolina, “tracking the song lines of the land”, as her grandfather had taught her to do. In an interview with NPR, she said, “[I was] searching for my grandfather, his stories, his essence. He died when I was 9 and a half, and there was something whereby I wanted to be in the spaces where he grew up.” She described her grandfather as a strong advocate for the protection of the natural world, who believed “that we needed to spend time sitting by streams, listening to rocks … and if you get really quiet, Granddaughter, they might start talking back to you, but you have to listen really, really hard.”

Native Invader serves as a searing indictment of the environmental destruction currently being wreaked on our planet. The closing song Mary’s Eyes doubles as a touching tribute to Amos’ own mother Mary (who lost the ability to speak after suffering a recent stroke) and a lament for the state of the Earth itself. The song speaks of a mother who endures her unknowable burden in silence, “with hymns locked in her memory”.

For over two decades, Amos has challenged the status quo and demonstrated an unshakeable sense of integrity, strength, resilience and boundless creativity. I admire her deeply for this.

Thank you for reading. ❤️ I hope this post will inspire someone else to check out her powerful, mesmerising music.

Learn more about my work below.